CLICK HERE TO JOIN OUR COMMUNITY ON THE INSIGHT TIMER APP & ATTEND OUR FREE LIVE EVENTS! 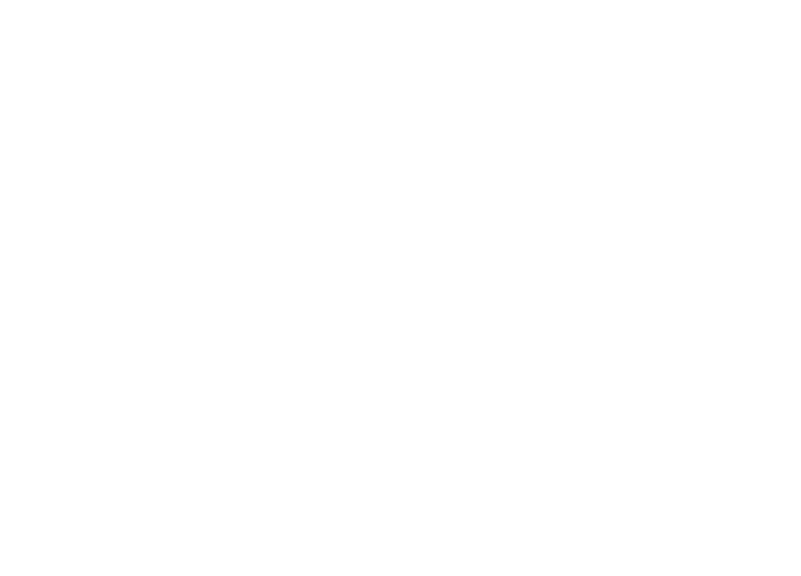 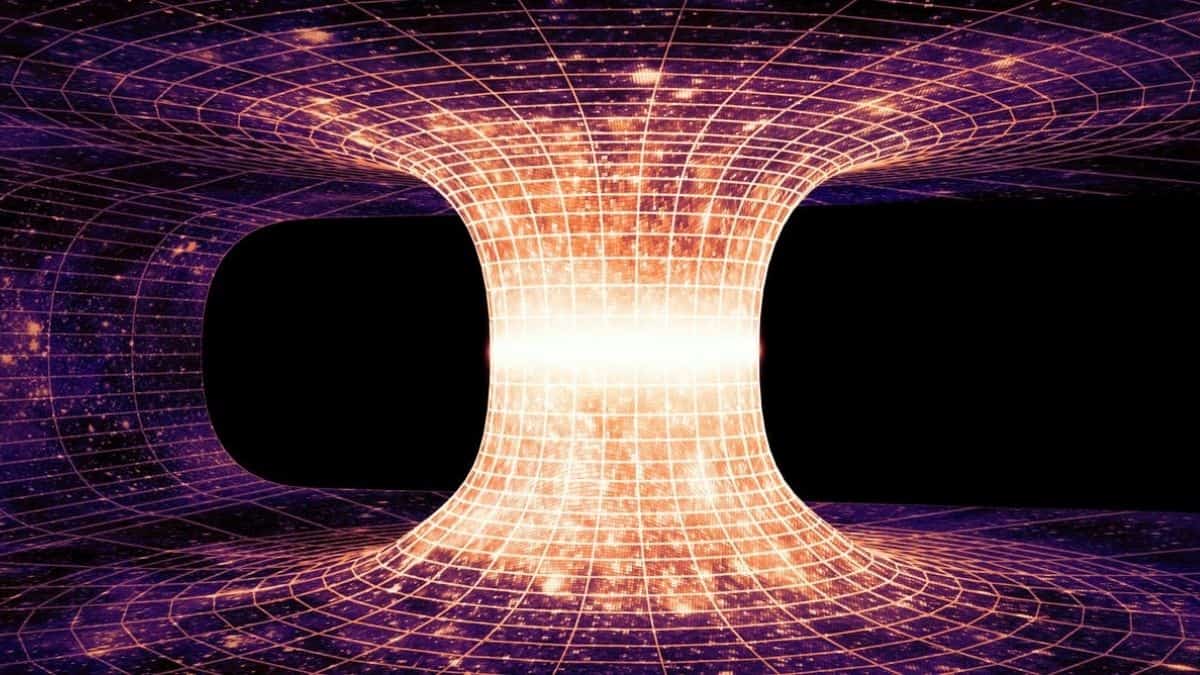 I am getting my coat and my bag, rushing to get a seat. I can’t believe that we’re going to hear Einstein speak. Something feels off, though. We’re at the other side of the circular conference room, and we’re going to see his back, from behind the round stage. I leave my friends and get out of the venue, looking for another door in, from the opposite side.

I find what looks like a service door, unmarked. I open it. I see people hurrying, lots of men in uniform-like white shirts and black pants, and I join them in their line. They are getting ready to do something on stage, and I know I will be able to get a better look from here. I camouflage between props against a wall and wait.

There is a strange feeling in the room, an unfamiliar sensation. I look around, taking account of the light fixtures, the fabric on the seats, the metallic trim, the glass details on the ceiling. This is a modern room, with contemporary materials, I realize. Somehow it doesn’t match, in my sensory experience, with Einstein, who is going to be on stage in just a moment.

My brain quickly realizes that to be able process my perceptions, it has two options: either to assume that I may be in a dream or to consider that this may be a parallel universe.

I’m more inclined to believe the latter, though my brain is conditioned to logic and pushes towards the conclusion that this has to be a dream. I can’t argue with this reasoning: the details are in fact vivid, the faces clear. I hear voices and see everything, including myself, so it does look like a lucid dream. On the other hand, it’s very realistic, I am having feelings, sensations, I am really here, seems like. I can’t be sure of either option, so I hold judgement.

After the speech I walk around, mesmerized by what I just heard, distractedly looking for my friends to go get a drink. Einstein’s talk about bridges has taken me by surprise. He described how theoretically, every black hole is paired with a white hole. Because the two holes would exist in separate places in space, a tunnel — a wormhole — would bridge the two ends.

I see a little boy. He seems content, standing as if waiting for someone. We lock eyes. He looks straight at me, smiling. I keep walking, can’t seem to find my friends anywhere. After a little while, I notice that the boy is following me around. He can’t be alone! By his height he can’t be more than 6 or 7 years old, maybe 8 at the most?

I walk outside the building, the city is hustling. Loud cars, people walking, the piled leftover snow, getting grayish on the curbs, a typical New York city sight for the locals. I take a few steps towards the corner and quickly turn around, finding the boy behind me.

“No” He says. His eyes staring at mine, his face calm.

“Where are your parents?”

“They live in Israel. I am visiting the city.”

“Not anymore. I have found you.”

Even more puzzled than before –and a little creeped out– I wonder how to answer. I don’t want to leave a child by himself on the street and don’t know what to do with him either.

He found me??? What does that even mean? I give him another look: his little dark suit, the sweater, the bow tie. This boy is definitely from another era, and he is traveling alone. Are we sure this is not a parallel universe? I get silence. My brain is quiet.

I nod my head a couple of times, slowly. “Are you… hungry?” I smile.

The boy smiles. His eyes light up.

“Let’s go find a bite to eat,” I say, asking myself if I am breaking the law by not going to the police right away, to report this young boy walking alone.

We walk towards the corner and cross the busy street. The boy is silent and attentive, taking in everything around him. He doesn’t seem to be worried about the fast cars or the sea of people crossing the street with us, in a rush to go somewhere. He doesn’t hold my hand. He walks next to me, with short, decisive steps.

We enter a diner, taking in the overdone décor on the walls: old newspaper clippings, actors, musicians, and boxing heroes framed, with their autographs over the images. I order breakfast. I love this kind of food, any time of the day. The boy orders a big bowl of tomato soup and a slice of bread. Surprising, but not too much, since everything he has done and said –or not said– so far makes me think he’s 6 going on 60.

As we leave the diner I remember I have to get home to feed my cats. The boy looks at me sadly and asks to go with me and meet them. I realize this is strange, but Einstein’s talk about wormholes and white holes is still circling in my brain, and I am certainly open to the possibility that this boy has come from another universe. Maybe he is here to teach me something, I ponder. I decide to bring him to the police station near my apartment right after we feed the cats.

We ride an Uber to my Hispanic Brooklyn neighborhood, which never seemed so close to the city. Time feels different, I notice. It goes faster. But the distance to my apartment is always the same… unless… I let the thought fade away this time.

We get to my apartment, turn on the lights. My cats are hungry and fighting to get my attention. As I grab the cat food, the boy asks me to lie down.

I show him my sofa and a blanket. He lies down, crosses his hands over his chest, closes his eyes taking a deep breath, and in a few minutes, he is asleep.

The apartment is silent. I make a cup of tea and decide to read while I wait for him to rest. I don’t care how important the message he has for me is, I’m definitely taking him to the station as soon as he wakes up.

I grab my underlined copy of “The Beginning of Infinity”, but I can’t concentrate, my mind is still trying to make sense of what is happening. If Einstein’s theory is accurate, the bridge itself would connect universes, which could explain why a strange little boy from another era is now quietly sleeping on my sofa.

I’ve never seen this boy before, and somehow I have a feeling about him… You could call it a gut feeling, or intuition. Accepting these “knowings” as part of how I process the world has taken me a while, but I have learned how to trust them.

I know –intuitively, that is– that he is Moshe Feldenkrais. This can’t be possible, though, because Feldenkrais, the physicist, was born in 1904. If he was actually 6 years old, we would be now in 1910. But I’m holding a copy of David Deutsch’s book published in 2011, so that would mean that…

My head is starting to hurt.

I look outside the window, looking for a distraction, and I see a big, tall structure that I don’t remember being there before. I get closer to the window and look up. The structure is gray-greenish, tall, and it has a design, a carving to it, which looks like flowing fabric. I look up as far as I can see, and notice an arm, a face, and up the highest, a torch.

Can that be… The Statue of Liberty?

“What on Earth is going on?”

I clearly remember getting out of the Uber car and walking up the two floors of stairs into my apartment. And I know that the Statue of Liberty is on an island! I’ve been there before. You have to take a ferry, it’s a long trip. This can’t be possible…

The boy still sleeps peacefully on the couch. He hasn’t moved. My head feels like a spinning tornado, my thoughts speeding into a vortex. What the heck is going on?!? I decide to sit down and take a few breaths. Let’s make some sense out of this… Let’s retrace my steps. I know I can do it. Let’s think.

I left my friends at the round hall, looking for a better seat. I went outside, took no more than 10 steps, and I got back in… through an unmarked door!!

After that, things began to look very strange: the modern-looking round stage, the glass and metal ceiling, the silent, wise-looking boy following me… and now we are on Liberty island.

What if I accidentally stepped into a wormhole when I left the building? What if I entered another universe where reality is partly like the one I remember, but not quite?

What if there is indeed a parallel existence where Einstein and Ubers and old diners and courageous 6-year-olds traveling without their parents all coexist? What if he really is Moshe Feldenkrais, whom I admire, and I can ask him some questions? Is this even possible?

“Theoretically, it is,” my brain chimes in.

The mysterious-familiar boy wakes up and asks for a glass of water. As he drinks, he shares, calmly, that he just had a dream where he was walking down the street and met an old lady. This lady looked like his mother, but she was much older.

“She had the kindest blue eyes,” he says.

“She was going to work and told me to stay safe. She looked at me lovingly, and smiled for a long time.” He is now feeling even wiser to my confused mind.

“What do you think it means?” I ask, really puzzled, and a little freaked out.

Is it possible to accept that we are eternal passengers on the sea of time? That we travel through universes, living parallel lives, making connections, sharing moments, and that our essence –whatever that is– is the watermark, the remnant of our identity, no matter which “shell” we inhabit, on what timeframe, on which physical space?

Is it possible to conceive that the boy was in essence Moshe Feldenkrais, that lived in the 1950’s?

Is it possible to believe that his mother, whom he was going to leave in Israel when he was 13, to walk by himself to Palestine, was coming to him with a message?

And that this message was also for me?

I roll around in bed to catch the phone from my nightstand, my alarm is chiming. It takes me a moment to realize that I was in fact, dreaming*. 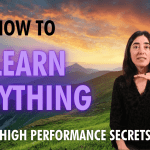 How To Learn Anything | High Performance Secrets 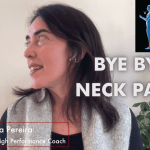 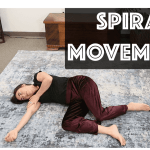 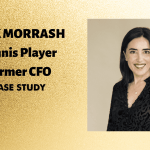 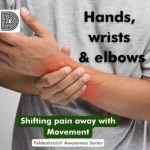